Before jumping into the problem statement, let’s understand, what is Event Delegation in Javascript for browsers, and how it is used in React.

There are different types of events in Javascript. For example:-

There are four phases of the event.

Event Delegation in React 16 and earlier

React has been doing Event Delegation since the first release. When a DOM event fires on the document, respective event listeners get called.

In plain vanilla JS, an event listener is attached as below:

In React, we use the following code to add an event listener:

Problem with Event Delegation on the document node

Consider an application, which has jQuery or vanilla JS embedded in React or has different React versions. If an event handler at the document node calls e.stopPropagation(), it causes a problem in React 16 and earlier versions. This behavior has resulted in some issues.

Let’s consider the use-case of the Terms and Conditions Page. The user has to click on the Accept button to accept the terms and conditions. If the user clicked on the ‘Accept’ button, he should get the option of rejecting it.

To render above page, here is smaple code of App.jsx.

The above code will work as per requirement. If someone adds the following piece of code at the index or parent node of React, it will start breaking the functionality.

Because of the e.stopPropagation(), the event handler written in React is not triggered.

Root cause of the problem

e.stopPropagation() stops bubbling up to parent nodes or stops capturing down to child nodes.

It is also important to understand the order of execution of the event handlers attached to a single node. In the majority of browsers, the event handlers execute in the order in which they are attached. In this case, the click event attached to the root will execute first. It prevents the event from bubbling to the document node, due to which the terms button click handler is not called.

In React 17, React no longer attaches the event listeners at the document level. Instead, it attaches them to the root DOM container into which our React tree is rendered. 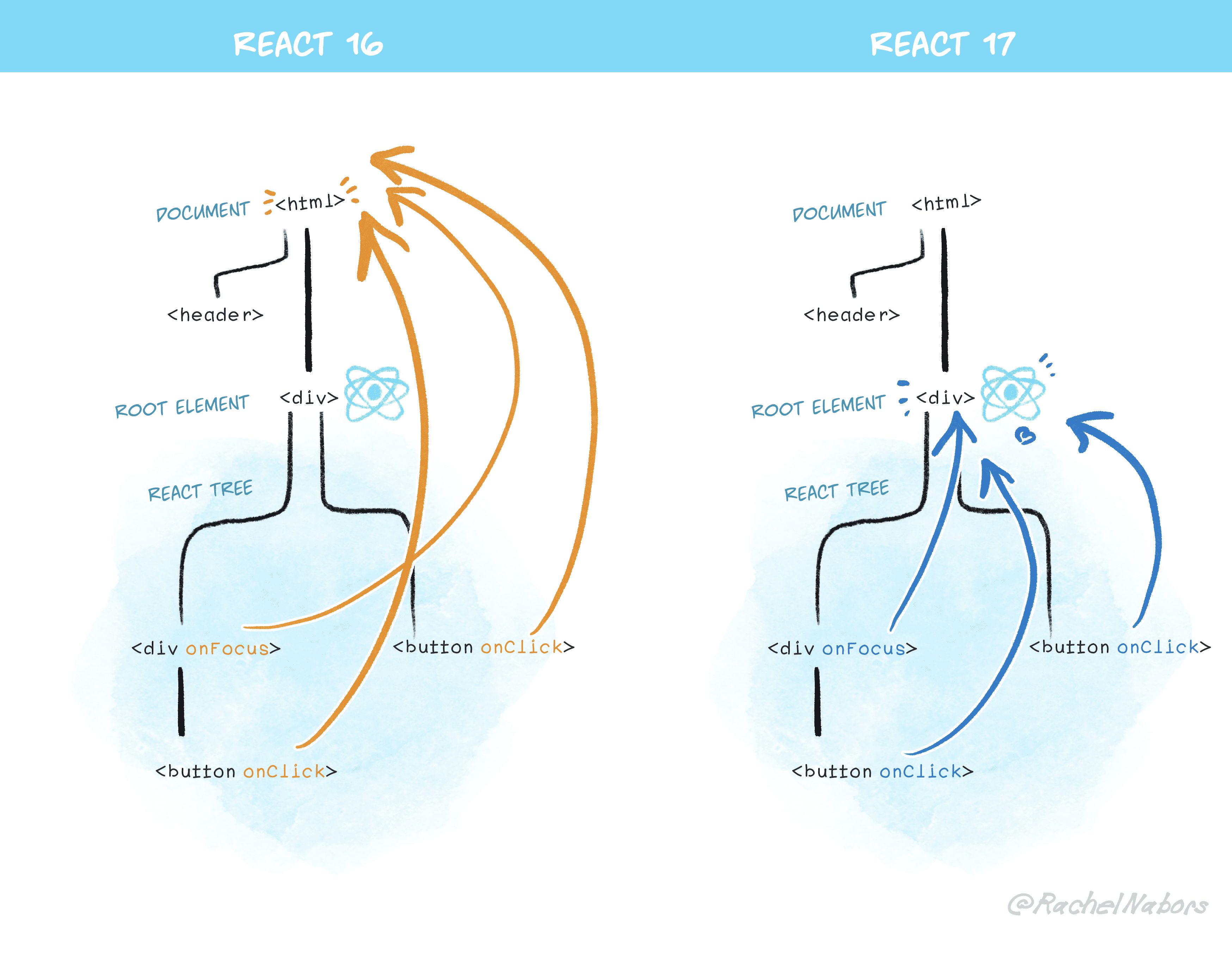 The above image is taken from React Official Document.

The event listener, which contains e.stopPropagation(), added to the index page will not affect the click event of terms page.

Check out the pull request and React Official Document to learn more.